Arbor Memorial Services is a Canadian-owned and based funeral company established in 1947.  Their Head Office is based in Toronto, and they own 41 cemeteries, 27 crematoria, 5 reception centres located on cemetery premises, and 92 funeral homes across the provinces of Canada.

According to their company website, they serve over 18,000 Canadian families a year, making their share of the ‘death business’ in Canada extremely significant, and marking them as an industry leader.  However, as a corporate funeral business that does not openly trade under a national ‘brand’, and the Arbor Memorial name is largely reserved for their corporate site http://www.arbormemorial.com/

The public will more likely know Arbor Memorials under the guise of the many localised funeral homes, crematoria, and cemeteries they own across Canada.  In each province they are in, their funeral homes are titled with a local or family name, and generic names such as ‘West Lawn’, ‘Mountain View’, ‘Chapel Lawn’, ‘Valley View’ and ‘Evergreen’ represent an Arbor location. A national corporate company trading on the stock exchange operates at a local level under the mask of branch names such as ‘McDougall & Brown Funeral Home’.  Surely this does not clearly identify to the general public that this family-sounding local funeral home is part of a national chain?

Arbor Memorial proudly promotes its “Canadian Owned and Operated” strap-line, a too similar sounding claim to being “Family Owned and Operated”, which eludes the unsuspecting public.   Regulatory industry trade bodies have called for transparency within the death industry, to ensure that the public is clear about whom they are dealing with, but as of yet, most funeral corporations hide behind the image of a local, family firm.   Although a wealth of information is now readily available on the Internet for a consumer to access at a time of bereavement, most people when dealing with their local funeral home such as ‘McDougall & Brown Funeral Home’, believe they are dealing with a local Mom and Pop business.  The choice is simple – if you could purchase all you needed from a local, family-owned grocery store for less money…..would you ever electively choose to give your money to Walmart?  This is the mythology that underpins the corporate death industry.

Death and funerals are big business.  The ‘death industry’ ranks as one of the top five industries in most countries, and is an industry that has been subject to capitalism on a grand scale.  A funeral is one of the largest purchases that an average consumer makes within their lifetime, behind a house, wedding, and car.  Many people believe they are spending their money with a trusted local firm when dealing with the largest funeral company in Canada, which operates more as a corporation, than as a funeral home.

Andrew joined the team at Canadian Funerals in 2017. He heads up the content management for the website.

Find a funeral home near you 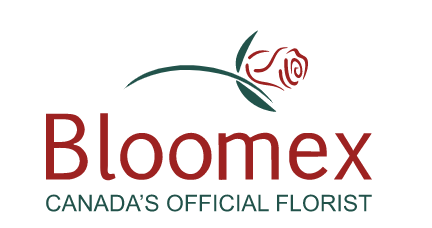 I contacted Canadian Funerals about funeral shipping as my father-in-law passed away in Vancouver and we wanted to transport him back to Ontario for the funeral. They were very quick to reply and gave us all the help we needed, thanks again! Brayden, ON